Why voters are turning off

Gallup points to the extent to which voters, particularly Republicans, are being turned off. 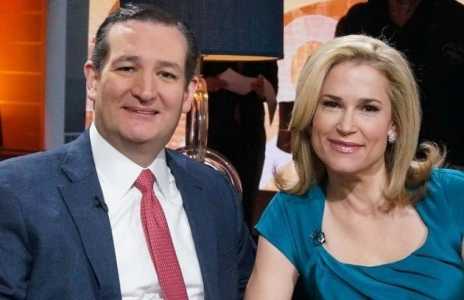 Although the current colorful, for want of a better word, presidential campaign is attracting attention from voters, indicators are that this attention reflects voters being turned off to the whole process.

According to new polling data from Gallup, in the first three months of 2016 the percentage of Americans who say they have given "a lot of thought" to the election increased from 63 percent to 71 percent.

However, over the same period, the percentage saying they are "extremely or very enthusiastic" about voting dropped from 48 percent to 43 percent.

Additional polling data from Gallup points to the extent to which voters, particularly Republicans, are being turned off.

In January 2000, 57 percent, and in January 2008, 67 percent of Americans said the presidential election process was "working as it should."

I am hearing plenty of complaints about the dirt-defined Republican primaries and more and more tell me they are just turning off.

But dirt, outrage and even violence are far from new in American political discourse.

Going back to the 1850s, we have the infamous incident of Congressman Preston Brooks entering the Senate chamber and beating abolitionist Senator Charles Sumner with a cane after Sumner gave a floor speech, which included a provocative attack on Brooks' pro-slavery Senate colleague from South Carolina, Andrew Butler.

In the years that followed shortly thereafter, there was an election in which Abraham Lincoln was elected president with just 39 percent of the popular vote, then a horrible civil war with more than a half a million killed, and finally the assassination of Abraham Lincoln shortly after his re-election.

Or we might look to the sleaze and character assassination campaign in 1991 that Democrats waged to destroy conservative Clarence Thomas in his confirmation hearings for his nomination to the U.S. Supreme Court.

A nation watched in disbelief as the Senate judiciary committee, then chaired by our current Vice President Joe Biden, permitted explicit and vile sexual allegations to be made against Thomas as part of the hearing.

Thomas told the committee, "I think this hearing should never occur in America. This is a case in which this sleaze, this dirt, was searched for by staffers of members of this committee, was then leaked to the media, and this body validated it and displayed it in prime time across our entire nation."

After Thomas was confirmed by the Senate, he wrote, "Mere confirmation, even to the Supreme Court, seemed pitifully small compensation for what had been done to me."

So mud, or even violence, is not new to our political scene.

But we do have something new now, which is causing many voters to shut down.

In the past, attacks were motivated by differences in ideas, principles and beliefs.

The systematic personal attacks orchestrated by Donald Trump against his Republican opponents, each in order as they have posed challenges to him — Rick Perry, Rand Paul, Jeb Bush, Carly Fiorina, Ben Carson, Marco Rubio and now Ted Cruz — have had little or nothing to do with differences in principles, ideas or beliefs.

Trump's campaign isn't about ideas but about personal accumulation of power through character assassination of other candidates.

This is a sign of how low we are descending and not about how great we can become. No wonder so many voters are turning off.