Republicans need their own Bernie Sanders in 2016

Republicans need to be as clear with the country as Sanders with an alternative. 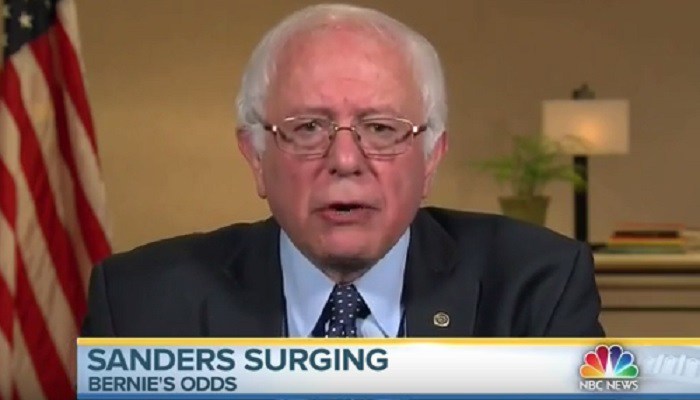 As the political landscape started to crystallize at the onset of the 2012 election, I wrote a column making a comparison to the election of 1860, when Abraham Lincoln was elected.

My point then was that the common ground of these two elections was the fracturing of Americans' most basic sense of what the nation is about.

The 1850s saw the collapse of the Whig Party and the birth of the Republican Party. The Democratic Party fractured into two and ran two separate candidates. The Republican Lincoln was elected with just 39 percent of the popular vote.

The core question tearing the country apart then was slavery. What place would that institution — intolerable and abhorrent to some, and central to nature's moral order to others — find in our nation?

Two years prior, in 1858, Lincoln gave his famous "house divided" speech where he put his finger on the root of the battle for America's soul.

"A house divided against itself cannot stand. I believe this government cannot endure, permanently, half slave and half free. I do not expect the Union to be dissolved — I do not expect the house to fall — but I do expect it will cease to be divided. It will become all one thing, or all the other."

Now, in 2016, we see a continuation of this same process: the fracturing of Americans' sense of what we're about; and our movement even further to the polar extremes.

The decisive question today is where God and government stand in our lives. The movement over the years has been steadily in the direction of less God and more government. Secularism and government is so pervasive now that we are on the cusp of changing forever what America is about. Some sense that it has already happened and it is too late to change course.

"Stop playing games with us," voters are telling politicians.

"Tell us who you are; give us the facts, and let us choose. Don't tell us how much you love freedom and then deliver more government."
For this reason, Bernie Sanders is having surprising success challenging the Clinton machine.

Sanders is a socialist, and he's not afraid to say it.

The advantage that Sanders has is he is going with the flow. He is pointing in the direction in which the country is already moving. He is not looking to unwind or turn back against anything. He wants to do more of what we are already doing and is up front about defining ourselves as socialists.

Republicans need to be as clear with the country as Sanders with an alternative.

With the same clarity as Lincoln, Republicans need to level with Americans that we need to decide who we are and that we can't go on pretending that we don't have to make hard choices. Our making no decision is a victory for secularism and socialism.

The job for Republicans who want to lead America toward freedom is much harder because it means real change from the status quo.

It means telling the truth about abortion and the central importance of sanctity of life; and real reform in Social Security and Medicare, our tax system and our school systems.

Throwing hand grenades at the "establishment" doesn't do this. We need substance. We need real ideas and proposals to change our fiscal and social realities.

We need a Republican Bernie Sanders to give Americans a real and explicit alternative to the secular and socialist path we're already on.

This is the kind of candidate that Republicans need to nominate in 2016.

American voters need a clear choice for their future in this election. Are we going to be secular and socialist or a God-fearing free people?