Election should be about restoring the American vision

My five principles for restoring America. 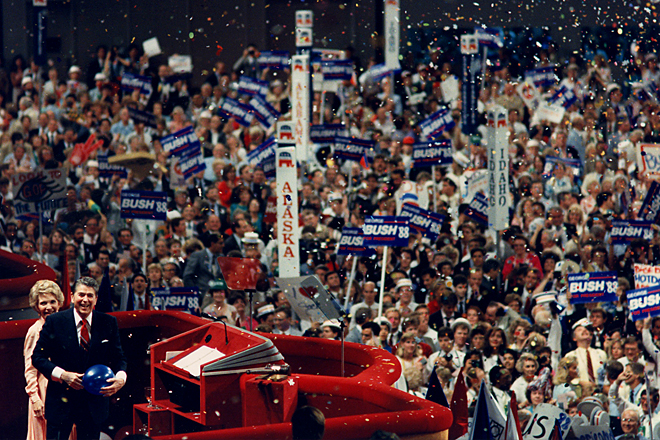 Year-end surveys convey a picture of disillusionment and cynicism among Americans about their government and their country.

According to the Pew Research Center, only 19 percent now say they "trust the federal government to do what is right always or most of the time." This is close to the lowest it has been in the last 50 years. Consider that in 1964, 80 percent expressed trust in the federal government. In recent Gallup polling, 69 percent of Americans say big government is the "biggest threat" to the nation's future.

There is, not surprisingly, a big difference among Republicans and Democrats, with 88 percent of Republicans and 53 percent of Democrats saying government is the biggest threat to the country. But worth noting is a huge jump in the percentage of Democrats over recent years saying government is the biggest threat, with the current 53 percent figure up from 32 percent in 2009.

This deep cynicism about government and the direction of the country comes at a time when Americans have never had so much government in their lives. Prior to 1970, less than 30 percent of the federal budget consisted of payments to individuals. Today it is 70 percent.

What does all of this say about the upcoming presidential election? With the voting season about to be formally launched in Iowa, less than a month away, what should we be thinking about?

First, dissatisfaction, and in particular the concerns about big government, bode well for the prospects of putting a Republican in the White House.

Second, Republicans should view this time of protracted dissatisfaction as an opportunity for recapturing and crystallizing vision and meaning for our nation. We need, today, more than a president. We need a leader, a statesman.

Concerns about the country's direction should be answered with renewed vision for our free country and its meaning.

Concerns about government should be answered by proposing to restore government to its original and proper place as defined in our constitution.
It's always much easier to say what is wrong than what is right, and power-seeking politicians prefer the easy road.

I am thinking of a how writer Herman Wouk defined heroism. He said heroes "are good men who embody — by the cast of destiny — the virtue of their whole people in a great hour." Americans today are looking for heroic leadership, in this sense.

The welfare state is like drugs. The quick fix solves nothing and leads ultimately to bankruptcy.

American virtue is about a free and responsible people, where individuals have their own lives under control by living according to traditional, Godly laws. And where government protects individual freedom and does not impede it.

Here are my five principles for restoring America: re-committing to traditional values that protect life, property and family; minimizing government interference so that individuals may maximize personal opportunity through work; focusing on the importance of education and control of parents to choose where to educate their children; supporting a culture where individuals build wealth through savings and investing, not looking to government; creating a culture of caring for others, particularly through local charitable giving.

The many particular things bothering Americans today — slow economic growth, immigration policy, urban crime, pointless and deadly violence, international chaos and threats of terrorism — are all symptoms of the absence of American vision and leadership.

This election should be about statesmanship and the revival of American principles.