Obamagration and our disdainful president

There is no poll showing that that the immigration issue sits at the top of concerns of the American people. 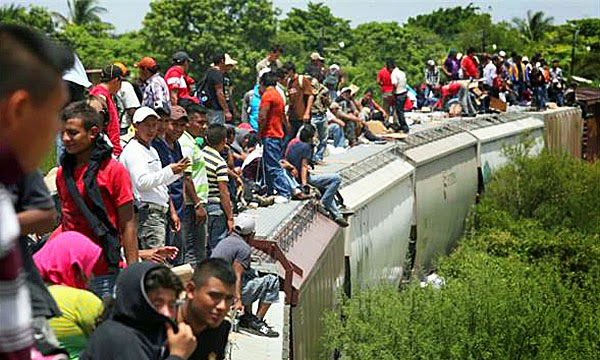 The executive order, which President Obama has issued, granting amnesty to millions of individuals now residing illegally in our country, should make clear the profound disregard our president has for American voters, our constitution, and our two-party system.

It might be possible to justify this action if it was addressing a national emergency of utmost urgency or clearly reflected the priorities and wishes of the American people. But neither is the case.

Republicans just won a decisive election, giving them control of both houses of congress, interpreted uniformly as a repudiation of the president and his agenda.

To totally disregard what just happened at the polls, and not wait the few weeks until the new Congress is sworn in and has the opportunity to deliberate on this huge and complex issue, shows the contempt which this president holds for the constitutional republic which put him in office.

But don’t just take my word for it.

In a new Wall Street Journal/NBC poll, 48 percent expressed opposition to the president acting through executive order on the immigration issue and 38 percent supported it.

In the same poll, 56 percent said congress should “take the lead in setting policy for the country” and 33 percent said President Obama should.

There are differences of opinion whether the president’s action is constitutional, not surprisingly aligned with party affiliation.

But appreciating that there are sharp differences of opinion leads again to the same conclusion. Short of a national emergency, wait until the new government the American people just voted for convenes and can deliberate, in a manner consistent with how this nation was conceived and designed to work.

There is no poll showing that that the immigration issue sits at the top of concerns of the American people.

In exit polls from the last election reported by the Wall Street Journal, 45 percent said the economy was their issue of top concern compared to just 14 percent who gave immigration top priority.

Even among Hispanic voters, according to the Pew Research Hispanic Trends Project, exits polls showed 49 percent said the economy was the most important issue, compared to just 16 percent ranking immigration at the top.

This is all too reminiscent of what we went through with the passage of the Affordable Care Act, Obamacare, at the beginning of the first term of this administration.

The economy was in deep recession. When all efforts and attention should have been on fixing the economy and restoring growth, the main focus of the first year of the Obama administration was on the president’s pet personal agenda – nationalizing one sixth of the American economy by way of health care.

For those with short memories, it was finally rammed through without a single Republican vote, and against the sentiments of the American people, as indicated by the polls.

A history of the average of polls on Obamacare from the day it was signed into law in March 2010 to today shows that there has not been a day when the polling has been net favorable.

Even from the point of view of blacks, who have been Obama’s most consistent and loyal consistency, this executive order is inscrutable. How can unilateral amnesty, making millions of low-income workers here illegally, legal, be in the interest of black Americans, where unemployment stands at 10.8 percent – twice the national rate?

As has been the case from day one, the Obama priority is the progressive transformation of America, not the strength, meaning, and integrity of our nation.

The recent elections show that citizens are finally waking up. But it’s going to be a long and bitter two years.