Texas shows the way on abortion

What kind of discussion can take place with those who equate a procedure in which one life is destroyed and another put at risk with going to the dentist? 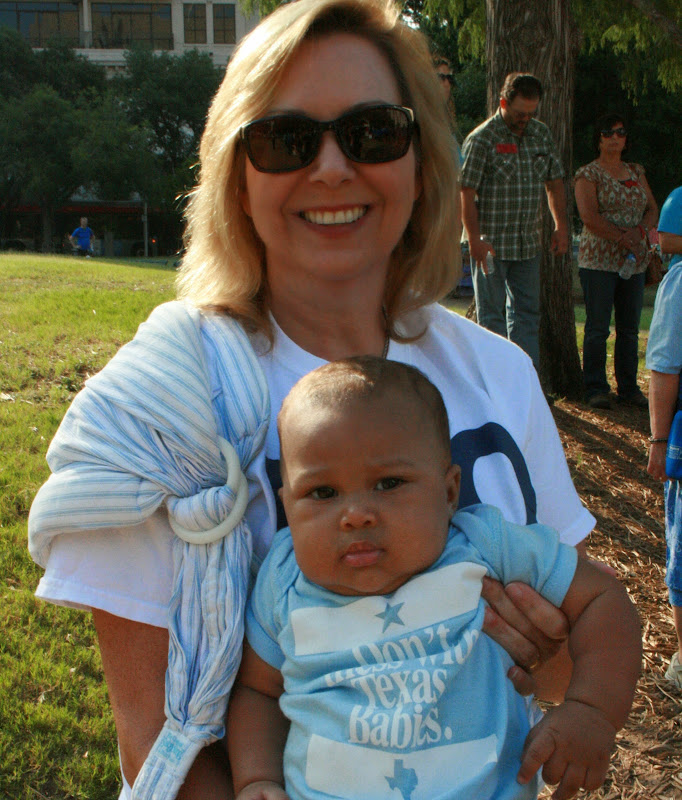 We now mark the one-year anniversary since important new regulatory restrictions on abortion were passed into law in Texas that protect life and make this nasty procedure safer for women that choose it.

HB 2 was signed into law in July 2013. Its four major provisions require that abortion doctors have hospital admitting privileges within 30 miles where they practice, abortion after 20 weeks of fertilization is banned, stricter controls on medically induced abortion, and abortion clinic facilities must meet the same standards as those of ambulatory surgical centers.

Pro-abortion forces quickly went into action seeking to block this new law, however after the U.S. Supreme Court rejected an emergency appeal by Planned Parenthood to reinstate an initial injunction on the law, it went into effect in November 2013

According to a new report by the University of Texas’ Texas Policy Evaluation Project, following these new regulations 19 of 41 abortion clinics operating in Texas have closed and abortions have declined 13 percent.

Response from Planned Parenthood, America’s largest abortion provider, has been to announce a new facility to open in Dallas that will comply with the new standards and plans to spend $ 3 million dollars to support pro-abortion candidates in Texas in the fall elections.

There is a grotesque kind of irony when Planned Parenthood, who bills abortion as a women’s health issue, fights sane and responsible efforts to truly protect the lives and health of women who undergo abortion procedures.

Typifying this mindset is a recent Washington Post editorial about the new regulations in Texas, characterizing these initiatives as “negating” the legality of abortion provided under the Roe v. Wade regime.

But if this were the case, Planned Parenthood would not be opening a new facility in Dallas.

The issue here is not legality of abortion, but the regulatory and cultural circumstances under which it takes place.

The Washington Post editors complain that the standards, which abortion clinics in Texas must now satisfy, are not required of “clinics that perform dental, periodontic, cosmetic, or other outpatient surgical procedures.”

What kind of discussion can really take place with those who equate a procedure in which one life is destroyed and another put at risk with going to the dentist?

The Post goes on to say that the regulations in Texas “have nothing to do with women’s health or enhancing the safety of clinics, which are already quite safe.”

This assertion is quite fantastic given what the nation recently witnessed in the horrors uncovered in the trial of convicted murderer, abortionist Kermit Gosnell.

This last May a 22-year old woman, Lakisha Wilson, died from complications related to a legal abortion she received in an abortion clinic in Cleveland.

Planned Parenthood agreed earlier this year, in a court directed settlement, to pay $2 million related to the death of Tonya Reaves from complications from a botched second-trimester abortion performed in a Chicago Planned Parenthood abortion clinic.

According to data gathered by the National Black Pro-Life Coalition, since 1989, 94 doctors, in 40 states, have had charges filed and disciplinary action taken related to abortion procedures. Forty three percent of these cases have been reported since 2010.

Changes in public sentiment about abortion have been one of the few areas of good news in the ongoing cultural war in our country. According to Gallup, those identifying as “pro-choice” are now at 47 percent, down from 56 percent in 1996, and “pro-life” supporters are at 46 percent, up from 33 percent in 1996.

Much credit goes to young pro-life activists like those in Bound4LIFE, who demonstrate in places of contention, such as in Texas and Washington, with public prayer and information about abortion.

Hopefully more states will follow the important example of Texas. What, after all, can freedom mean when it does not start with recognizing the sanctity of life.