Tea Party remains movement in search of a leader

We cannot continue our entitlements programs as they are and still remain a free country. 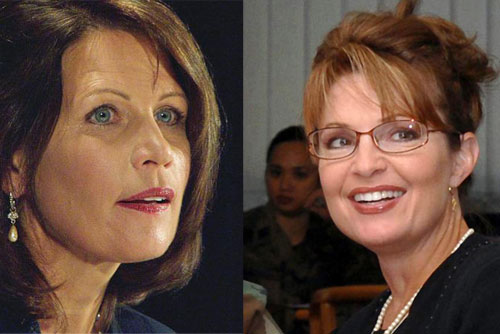 The question on the table today is whether revolutionary Tea Party sentiments that unseated 25 percent of the Democrats in Congress in 2010 have now vanished into a whimper.

Supporters of the current administration would have us believe that this is the case. And at first glance, it seems they may have a point. If it is the case, then in all likelihood, we have a second term of President Barack Obama to look forward to.
The latest "proof" of the fizzling of the Tea Party is the special election just held in New York's 26th district in which a Democrat captured a congressional seat held by Republicans since 1970. Yes, the same seat held by legendary Republican tax cutter and reformer Jack Kemp.
The Republican proposal to reform Medicare was a key issue in the campaign, so Democrats are interpreting this as a generic Republican, and Tea Party, repudiation.
A Gallup poll of just a few weeks ago reported that 47 percent now have a negative view of the Tea Party, the highest negative reported since Gallup began tracking the movement.
And, along with this, President Obama's approval ratings have now pushed again over 50 percent, ten points higher than his unfavorable ratings.
Fox commentator and Tea Party icon Glenn Beck, who attracted hundreds of thousands to the National Mall in Washington last summer with his "Restoring Honor" rally, will soon be packing his bags and leaving Fox.
Is it all over?
Certainly not. But nothing remains the same and the Tea Party movement is in a different place today with new needs.
Republicans have a tough job. They must convey to the American people that we cannot continue our entitlements programs as they are and still remain a free country. This is what lies at the heart of Wisconsin Republican Paul Ryan's plan to change Medicare.
We either find ways to deliver the same services more efficiently by turning to ownership and markets, which is basically what Ryan is doing, or we resolve to not change, to continue as we are, and finance the massive deficits caused by entitlement spending with taxes.
Entitlements consumed less than five percent of our economy and took less than a quarter of tax revenue in 1970. Today they consume 10 percent of our economy and take more than half our tax revenue. In another 25 years they will consume 20 percent of our economy and take all our tax revenue.
On the path we are on, by mid-century, government at all levels will be taking more than half our economy. We will be a different nation.
The Republican challenge here is certainly a short run advantage to Democrats.
It is much easier to grow government than to reduce it. It is much easier to spend money than to conserve. It is much easier for politicians to give things to their constituents than to deny things.
I recall an anecdote conveyed by a teacher during the 2008 presidential campaign about an election his students held in their class.
A little boy who was running stood before his classmates and shared his ideas and vision.
The little girl running against him told her classmates that whoever voted for her would get ice cream.
Needless to say who won.
The Tea Party is not dead. It is at a different stage. It now needs a national leader who can embody its sentiments to preserve America as a free nation and crystallize these sentiments into a practical, believable, and inspiring message and agenda.
This is the kind of candidate Republicans must nominate for 2012. Business as usual won't cut it.
It's why I get excited thinking about a Michele Bachmann or a Sarah Palin carrying the Republican banner.
elections economics limited government
Share this Post: