A time for truth, not word games 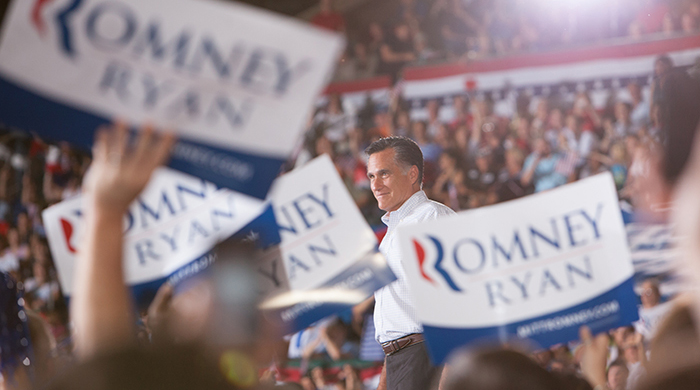 Perhaps now, in the wake of the heat that Mitt Romney is taking over the leaked 4-month-old "47 percent" video, he can better appreciate the position of Todd Akin, the conservative Missouri congressman running for U.S. Senate.

Romney is being accused of writing off "47 percent" of voters as not paying taxes and "dependent upon government," who "believe government has a responsibility to care for them."

Of course Romney's words, recorded behind closed doors at a fundraiser, were not, as he admitted, well chosen. No candidate would call half the electorate deadbeats.

But when Missouri Senate candidate Akin used the unfortunate phrase "legitimate rape" in answering a question about his pro-life stand, the leadership of his own party pulled the rug from under him, despite his immediate clarification and apology.

Akin had a significant lead over his Democratic opponent, incumbent Claire McCaskill, before his own party wrote him off for his bad phrasing.

Now Democrats are having a field day trying to nail Romney for his bad phrasing.

Only 30 percent of Americans, according to a recent Gallup poll, are satisfied with the way things are going in the nation.

Our nation, dangerously, and many fear fatally, is losing its way.

The greatest concern for all at this critical time should be truth. Not word games.

It is fair to say that at this moment Republicans are in a state of disbelief.

With things this bad, with Americans this dissatisfied, with a president whose performance has been this dismal, how can this presidential race even be close?

It appears that, in the true spirit of Groucho Marx, Barack Obama has said, "Who are you going to believe -- me or your own eyes?" And half the people are choosing him over their own eyes.

Barack Obama has charisma. Mitt Romney doesn't. And this poses a great challenge to the Republican candidate.

Here is how my dictionary defines charisma: "a special quality of leadership that captures the popular imagination and inspires unswerving allegiance and devotion."

Is there anything Romney can do? I believe there is. The question is if he is willing.

Charisma in a biblical sense implies divine grace. It is the radiance of an individual who connects to and becomes a vessel for divine truth.

However, there are false prophets. And a false prophet, who truly believes his own personally conjured up vision, can be charismatic.

The only weapon against a false prophet is hard, unvarnished truth.

The fiscal viability of entitlement programs is driven by the assumption that those who work can pay for those who are retired. But as life spans increase while we produce fewer children, as a result of self-centered lifestyles and abortion, our moral bankruptcy produces our fiscal bankruptcy.

The most recent trustees report for Social Security and Medicare shows the unfunded liabilities of these programs at $63 trillion, four times the size of our gross domestic product.

We have a false prophet leading the nation whose only message is "trust me."

Democrats want to play with words and spin while the country is drowning. They are selling the status quo by appealing to natural human fears of change.

Entitlement programs as we have known them must change. Moral relativism mistakenly called freedom must be labeled for what it is.

Republicans need to embrace, not run, from the truth and tell it to the American people. This is a time for truth, not word games.