Our hobbled economy reflects erosion of the cultural pillars that make possible a free society. 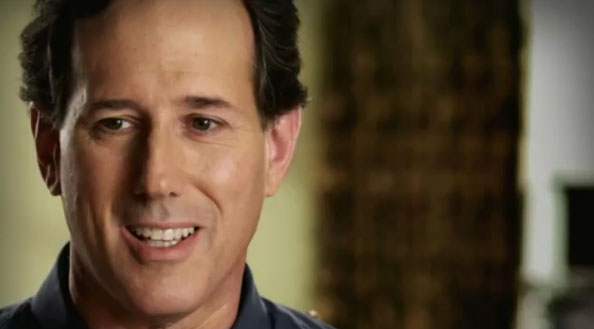 New Gallup polling shows the clearest picture yet of the great divide in the Republican Party that has been pushing former Pennsylvania Sen. Rick Santorum to the head of the class.

Behind Santorum's eight-point national lead over former Massachusetts Gov. Mitt Romney is a yawning gap in ideological support for the two candidates.

In the nation's heartland in the Midwest and South, Santorum leads by 19 and 8 points, respectively. It is only on the more liberal East and West coasts where the two are running neck and neck.

The poll also challenges conventional wisdom that Santorum is too conservative for the tastes of independent voters. He is leading Romney among Republican-leaning independents by 8 points.

With Santorum establishing himself as the candidate of choice among conservative and churchgoing Republicans, Romney's tactic, manifest in the debate in Arizona, is to try and discredit Santorum's credentials.

Having served two full terms in the U.S. Senate, Santorum cast enough party-line votes to expose him to the attacks he got in Arizona as being a business-as-usual party politician.

I don't believe this approach will dissuade those generally attracted to Santorum's traditional-values conservatism.

Even in the case of the most ideologically disposed candidate, politics will always be the art of the possible, particularly in a nation as big and complex as ours.

Consider, for instance, that the Supreme Court has recently agreed to hear a challenge to racial preferences in admissions policies at the University of Texas. There is a good chance that the court decision will overturn the Grutter v. Bollinger decision of 2003 in which racial preferences were upheld.

That decision, arguing that the nation needed to continue racial preferences in college admissions, was written by then-Justice Sandra Day O'Connor, who was President Ronald Reagan's first Supreme Court appointment.

Given Reagan's legacy as a conservative hero, it is hard to believe that his first Supreme Court appointment was a pro-choice moderate.

It is also worth recalling that shortly into his first term, Reagan convened a commission under the leadership of Alan Greenspan to fix Social Security. Rather than proposing bold changes in the structure of Social Security, the panel simply slapped temporary patches on a broken system, raising taxes and cutting benefits. By avoiding addressing the core structural problems of the system, the Greenspan commission allowed the problem to get worse, and bequeathed to us today an even more difficult challenge.

Do the O'Connor appointment and the Greenspan commission challenge Reagan's legacy as a great conservative leader?

Certainly not. Leadership is art. Even the most principled leaders must set priorities and choose which battles to fight. It is impossible to do it all.

A leader must identify the biggest, most immediate challenges and decide where compromises are unthinkable.

In the case of Reagan, this was cutting taxes, shrinking government and taking a hard stand internationally against communism and the Soviet Union.

The most immediate challenge for our nation today is understanding that our hobbled economy reflects erosion of the cultural pillars that make possible a free society.

When Reagan became president, 18 percent of American babies were born to unwed mothers. This has grown today to over 40 percent.

The way to stop runaway government is to understand that it reflects the collapse of core values, which define personal responsibility and form the glue that keeps American families intact.

There is no candidate today clearer on this than Santorum. It's why I think, despite the onslaught of attacks, he will not only not lose his attractiveness among conservative voters, but the attraction will strengthen.