According to the president, everything will be okay if we allow him and his government to continue to build and consolidate power over our lives. 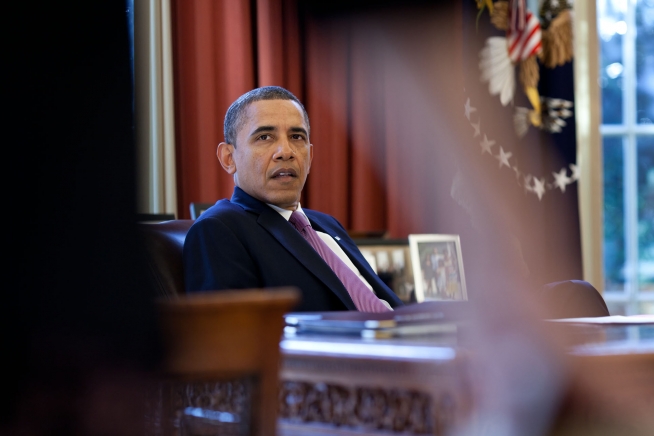 The theme that President Barack Obama gave to his State of the Union address was "An America Built to Last."

But his vision would be better described as "An America Built to Be Last."

As the president asked us to be patient and keep drinking the same Kool-Aid he's been serving up for three years, The New York Times reported that the Federal Reserve's latest assessment of our economy is that "... a full recovery is years away."

Even his most loyal constituency -- black Americans -- is losing patience. In Gallup's latest tracking poll, the black approval rate for Obama was 79 percent. This is 17 points below the 96 percent of blacks who voted for him in 2008, and the first time that black approval has dropped under 80 percent.

The debate will go on for many years about what caused the horrible economic collapse from which we are still trying to recover.

The president continues to sell the idea, which serves his agenda to continue to expand government, that the cause was insufficiently regulated business.

There is much convincing research, in which Obama shows little interest, that government caused it by mandating the expansion of low-quality mortgages and enabling this expansion because taxpayers ultimately guaranteed these loans.

But economists are still debating what caused the Great Depression of the 1930s.

What Americans must come to terms with now is what we choose to believe this country is about, why in the past it seemed to work so well and why today things are falling apart.

According to the president, everything will be okay if we allow him and his government to continue to build and consolidate power over our lives.

He gave more reasons to grow government but barely gave lip service to what is tearing our nation apart today and dragging it down.

The major factors driving us into insolvency -- the spending on entitlement programs Social Security, Medicare and Medicaid and covering the interest on our nation's debt, which is now surpassing the size of our entire economy -- got attention in two sentences in an hour-plus-long speech.

The unraveling of our social fabric doesn't seem to bother our president a whit.

You would think our nation's leader would be concerned that, today, four of every 10 of our babies are born to unwed mothers.

He called on "every state to require that all students stay in high school until they graduate or turn 18."

Rather than addressing the issues of broken families and why poor kids don't care about learning, Obama thinks he'll solve this problem by turning our failing public schools into prisons.

It's nice to know that the president believes what "Republican Abraham Lincoln believed: That government should do for people only what they cannot do better by themselves, and no more."

But unlike our president, Lincoln was the Great Emancipator. Lincoln's agenda was freedom.

According to a new poll from the Kaiser Family Foundation, 54 percent of respondents feel that the Supreme Court should find unconstitutional the Obamacare mandate forcing every American to buy government-defined health insurance. Only 17 percent agree with this flagrant violation of individual freedom.

Now the Department of Health and Human Services has ruled that religious institutions must, like all other employers under the new health law, provide free birth control and sterilization services as part of health coverage.

Catholic universities and charitable organizations are now left with the choice of violating their religious convictions, not offering health insurance and pay millions of dollars in fines, or just shut down.

Diminished freedom and moral relativism is no way out of the morass we're in.