The self-evident truths enshrined in our Declaration of Independence are as self-evidently true for Iraqis as they are for us. 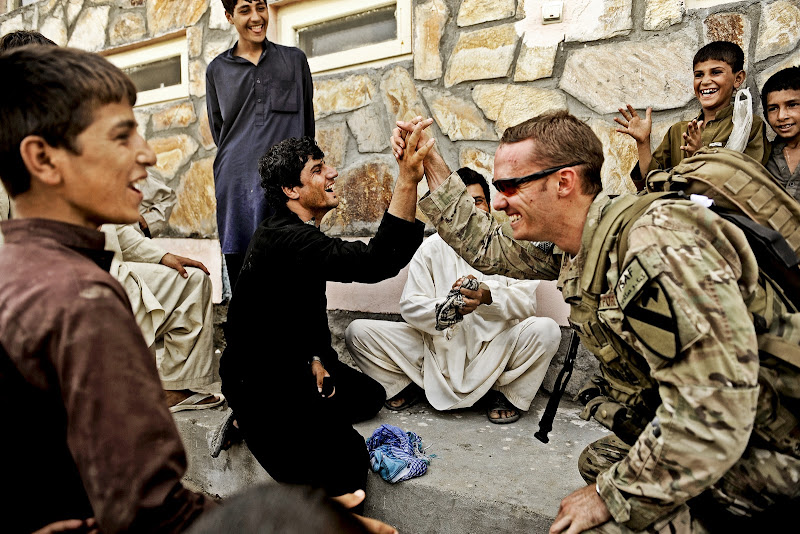 I am from a military family -- my father was career Air Force -- and many in my immediate and extended family have been or continue in military service.

So perhaps I carry heightened sensitivities to the unique realities and challenges of military life.

With the U.S. military's withdrawal from Iraq, our troops -- and the importance of nationally acknowledging their service and sacrifice -- were already on my mind when I arrived for a meeting in the office of Rep. Allen West, R-Fla.

Sam is in her 24th year of active duty in the U.S. Army. She served in Desert Storm and returned to Iraq in 2008.

Now she is in the Warrior Care and Transition Program, set up by the Army to provide a framework for quality care and transition for the growing numbers of returning wounded veterans.

One aspect of the program is work, and Sam chose to do staff work for West. It's a logical fit in that West himself is a retired Army lieutenant colonel and combat veteran. Beyond this, Sam's interest is in West's position on the House Armed Services Committee.

Her passion "to serve this country" burns as strongly today as it did 24 years ago. She says she would return to the field of battle "in a heartbeat."

It is heartening to encounter patriots such as Sam, with her indomitable spirit.

But every veteran -- no matter how focused and tough he or she appears -- needs acknowledgement and thanks.

And they need meaning. Particularly at times like this

It has got to add to the struggle for those who return from the battlefield -- whether those blessed to return physically and emotionally intact or the 31,927 wounded -- or the survivors of the 4,487 killed to be surrounded by a culture of doubt and naysayers.

Flying from Washington back to my home in California, I saw many men and women in uniform traveling.

I was struck by the number I noticed reading George W. Bush's book, "Decision Points."

Perhaps these warriors are searching for meaning and context for the battles they have been fighting.

My answer to the question of "was it worth it?" is this.

The downside of freedom is making inevitable mistakes -- sometimes big ones. The upside is scaling the heights and achieving what could never be achieved without it.

But the ideal of human freedom and the pursuit of human potential and the struggle toward this goal are never in doubt. This is what our country is so uniquely about and this is the banner that our brave warriors carry.

We cannot forget about those purple (ink-stained) fingers held proudly and highly by Iraqis who never before voted in a free and fair election. The self-evident truths enshrined in our Declaration of Independence are as self-evidently true for them as they are for us.

Herman Wouk, whose many novels include several about World War II, wrote: "Heroes are not supermen; they are good men who embody -- by the cast of destiny -- the virtue of their whole people in a great hour."

Each and every one of our returning warriors embodies the virtue of our whole people.

That virtue -- readily observable in Lt. Col. Sam and in those who choose to put on our country's uniform and fight for it -- is the conviction that the struggle for human freedom must move forward without cessation. It is the thread that bonds us with them.

We cannot lose perspective that the main arena where Americans must fight this battle is within our own country and borders. But just as the rights we claim and enjoy are universal, so are our responsibilities.