(New!) Necessary Noise: How Donald Trump Inflames the Culture War and Why This Is Good for America 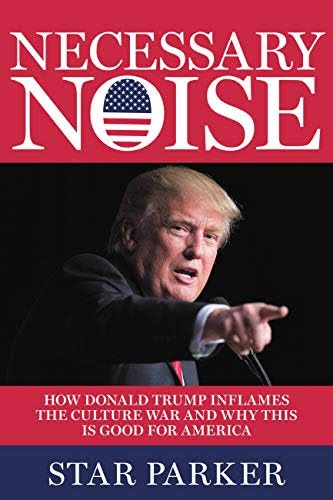 Popular conservative Fox commentator Star Parker explains why today's noisy political rhetoric is good for you and provides specifics on why Trump's presidency is vital for America's future.

Star Parker was among the many reeling and confused as Donald Trump became the 45th president of the United States. But, she argues, a silver lining to this outcome is the debate that rules our media and private conversations.

The noise of debate can seem overwhelming, but our country needs the authentic and candid dialogue of its people. And this controversial presidency provides us with an opportunity like never before to engage in such a way. Necessary Noise honestly examines the crossroads where we find ourselves and suggests ways of moving toward healing and resolution. Tackling a wide range of topics on which citizens should get noisy--from white privilege, to male privilege, to criminal justice, to abortion, to welfare--Necessary Noise provides the framework for how to take part in this important time in history using our voices. 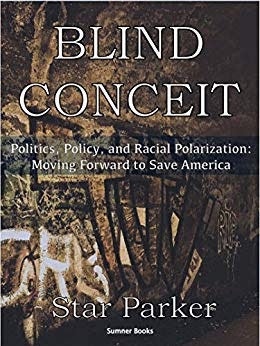 In “Blind Conceit,” Parker lays out how the progressive liberal agenda, often touted as being helpful to the African-American community, has been nothing short of destructive through its “War on Religion, which weakened our public institutions and opened the door to a culture of corruption,” its “War on Marriage, which weakened women and opened the door to a culture of meaninglessness,” and its “War on Poverty, which weakened the family and opened the door to a culture of entitlements,” writes Parker. Seven years of first-hand experience in the grip of welfare dependency gave Parker the understanding and insight to the failure of the system. After helping craft federal Welfare Reform legislation in the mid-90s, she founded the Center for Urban Renewal and Education (CURE) to bring new ideas to policy discussions on how to transition America's poor from government dependency through market-based solutions. Star has a bachelor's degree in marketing and international business from Woodbury University and has received numerous awards and commendations for her work on public policy issues. “The liberal progressive social justice lie of the left gripped America’s poor and minority communities some 50 years ago and locked three generations into economic stagnation and dependency on a welfare state,” explains Parker. “And today, progressive liberalism is financially choking our entire society.” Parker regularly consults with both federal and state legislators on market- based strategies to fight poverty; she has spoken on more than 190 colleges and universities about anti-poverty initiatives; has authored several books; and is a nationally syndicated columnist with Creators. 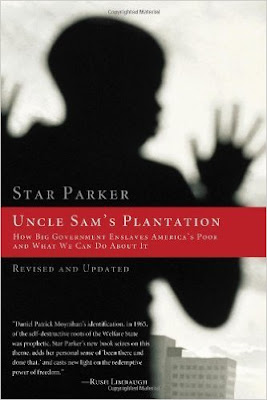 America has two economic systems: capitalism for the rich and socialism for the poor. This double-minded approach seems to keep the poor enslaved to poverty while the rich get richer. Let's face it, despite its $400 billion price tag, welfare isn't working.

The solution, asserts Star Parker, is a faith-based, not state-sponsored, plan. In Uncle Sam's Plantation, she offers five simple yet profound steps that will allow the nation's poor to go from entitlement and slavery to empowerment and freedom. Parker shares her own amazing journey up from the lower rungs of the economic system and addresses the importance of extending the free market system to this neglected group of people. Emphasizing personal initiative, faith, and responsibility, she walks readers toward releasing the hold poverty has over their lives. 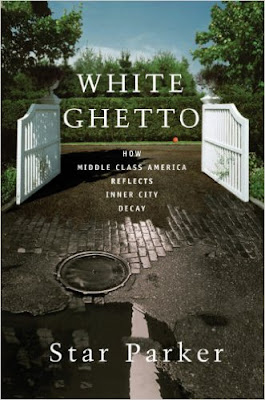 In this provocative book, Star Parker, one of today's most controversial commentators, proves that urban plight simply reveals a decay that is gnawing its way throughout American society as a whole.

The sexual chaos, values disorientation, and social turmoil we see in our inner cities, Parker argues, is just a magnified reflection of the moral collapse happening all over America: in our schools, our churches, our homes. And this slide toward moral decrepitude is all due to a flagrant dismissal of and assault on America's tried-and-true values.

With startling statistics and disturbing stories about the increasing secularization and criminalization of the middle class, Parker holds a cracked mirror up to suburbia. Taking on tough subjects such as abortion, drug abuse, sexual politics, and religion, she offers a rousing exploration of the raging cultural war-taking you on a wild, eye-opening tour through the White Ghetto.