Jewish students at universities may be subject to harassment and discrimination because of the hostile environment to Israel on campuses. 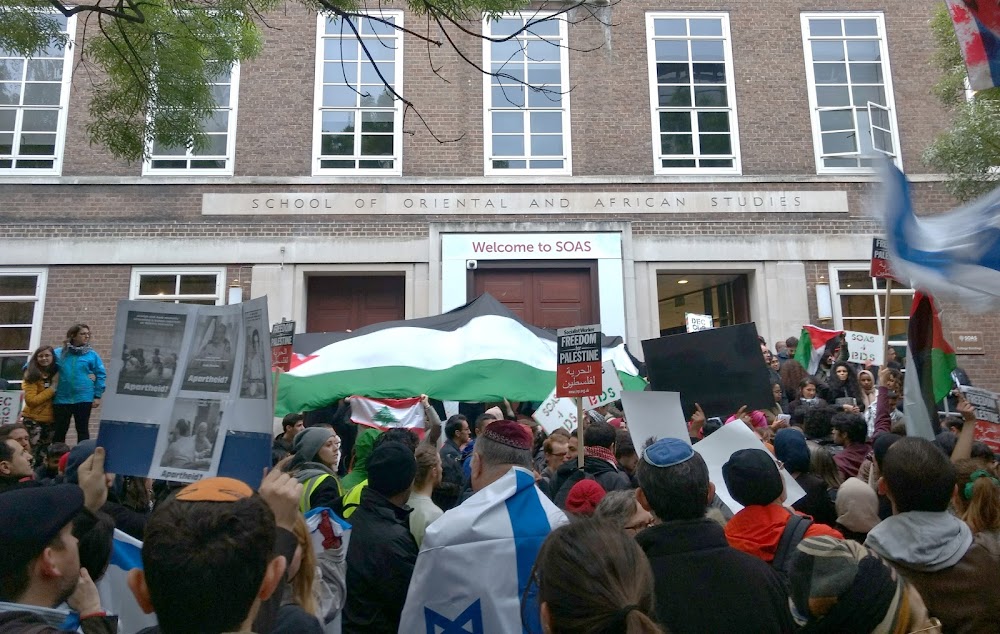 President Donald Trump has signed an important and timely executive order clarifying that prohibited activities covered by Title VI of the Civil Rights Act of 1964 include anti-Semitism.

Title VI prohibits discrimination based on race, color or national origin in any program or activity where federal funds are provided. Thus, a primary target here is our colleges and universities.

According to the Anti-Defamation League, in 2017, acts of anti-Semitism had increased 57% nationwide over 2016, increased 89% on college campuses and increased 94% at K-12 schools.

We should be as concerned in America about anti-Semitism as we are about racism. But this initiative is getting criticism in some circles.

One allegation is that it will stifle free speech on college campuses, intimidating those who want to criticize Israel. But this confuses the cure with the disease.

Free speech is being stifled now on politicized campuses across the nation.

I have spoken at hundreds of universities over the last 20 years. It has never been more difficult for me to speak to students and share my views as a Christian conservative pro-life black woman without being harassed, sometimes violently. I've had engagements canceled because of political pressure on campus.

Other conservative speakers have similar experiences. The recently released documentary "No Safe Spaces" focuses on the politicization of our university campuses and the intimidation of free speech.

Too often the same happens to those who go to universities to speak on behalf of Israel. Those who disagree are not interested in civil and enlightened exchange of views. They simply want to shut down, sometimes with violence, those with whom they disagree. They want to shut out supporters of the state of Israel.

According to the nonpartisan Freedom House that issues annual reports on the state of freedom around the world, of 21 countries and territories in the Middle East and North Africa, only two are ranked "free": Israel and Tunisia. And Israel is the most free.

Where are all the protests about the other 19 countries and territories in the region, populated by some 400 million people who are not free?

If anti-Semitism does not explain why the freest country in the Middle East, the only Jewish country in the world, is the only one drawing protests and hostility, what is the explanation?

Another line of misguided criticism of this executive order is the claim that it defines Judaism as a nationality.

Anyone who buys this bogus line, first peddled by The New York Times, should read the order and see that it is not true.

Anti-Semitism is an ancient scourge, which has produced a new strain in our time with the emergence of the state of Israel.

Jewish students at universities may be subject to harassment and discrimination because of the hostile environment to Israel on campuses. It is this problem that this new executive order addresses. It does not define, or redefine, Judaism as a nationality.

The whole point of the civil rights movement, which culminated in the Civil Rights Act of 1964, was the protection of the freedom and dignity of every American.

The evil of all discrimination, be it anti-Semitism or racism, is depriving individuals of their humanity by pretending that they can be defined by what they look like or where they come from.

This points to the sad irony of the identity politics that has gripped and swept the nation and our university campuses. It does exactly what the civil rights movement tried to eliminate: defines individuals by what they look like or where they come from.

President Trump was elected in 2016 because his Make America Great Again message resonated with voters tired of political correctness and identity politics.

Our country is about core principles, universally true for all, that secure and protect individual freedom and dignity.

This is what this new executive order is about.