Congresswoman Omar is blinded by hate for the nation to which she had the privilege of immigrating. 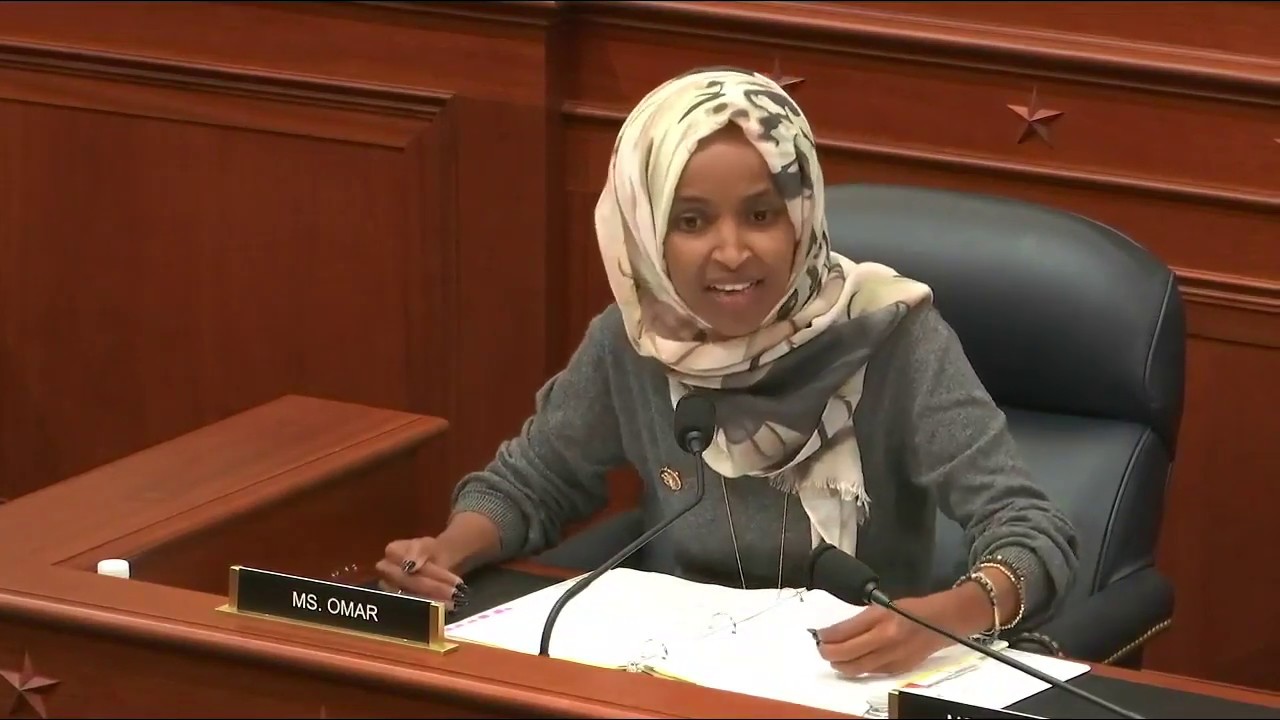 Congressional hearings are a fixture in Washington and are supposedly a tool for investigation by the nation's lawmaking body.

Unfortunately, too often when Democrats are in charge, it's not the case. Rather than hearings being a means for seeking facts and information, they become just a platform for politicking by members of the majority party and a forum for attacking those whose views they don't like.

This distortion of process was in full view at recent House Budget Committee hearings on Poverty in America: Economic Realities of Struggling Families.

Of eight witnesses, six were from the same left-wing organization — the Poor People's Campaign.

The other two were members of the national clergy network of my organization CURE, Center for Urban Renewal and Education: Pastor Latasha Fields, founder of Christian Home Educators' Support System, and Pastor David Mahan, founder of Frontline Youth Communications.

Democrat Congresswoman Ilhan Omar, a member of the committee and one of three Muslims in Congress, showed up at the hearing not looking for facts but with her already established, prefabricated view of the world. Rather than asking questions, she used all her time to pontificate and ridicule CURE's two Christian pastors.

The remarkable stories that these two pastors shared about growing up poor in broken communities and beating the odds through struggle and faith were of zero interest to Omar. They didn't say what she wanted to hear.

Pastor Mahan summed up his formula for what worked, saying, "Personal responsibility, strong marriages and families, and an active faith in Jesus Christ. ... Government programs will only prove successful to the degree that they supplement these key factors, without supplanting them."

Pastor Fields talked about her determination as a young woman to not become part of the drugs, crime and despair in the community that surrounded her where she grew up, in Baton Rouge.

She shared the devastation she experienced after becoming pregnant at age 17 and withstanding the pressure from those around her who told her to abort the child.

"I had a big decision to make," she said. "Do I get rid of my baby and proceed as normal as though nothing happened ...? Or do I live the rest of my life knowing I had killed my baby?"

Mahan and Fields conveyed how they rejected abortion, how they married, struggled, home-schooled their children and are now proud parents of children with university degrees.

Rather than holding up Fields' story of faith and courage as a shining example of what works, Omar mocked her.

"(We) hear someone say, 'It was a choice made — up to me, to have my children and not be like other black people ... We don't get to have those kinds of conversations," said Omar.

What kind of conversations do we get to have, according to her? "The kind of systematic barriers that exist in prosperity — that's the conversation we should be having," she said.

The great hymn "Amazing Grace," composed by repentant slave trader John Newton, ends with "I was blind but now I see."

Congresswoman Omar is blinded by hate for the nation to which she had the privilege of immigrating. She is blinded by the distortions of the statist ideology that, despite years of experience and tens of trillions in government expenditures to the contrary, she chooses to believe will improve impoverished lives.

Two courageous Christian pastors presented themselves before the House Budget Committee as living examples that the faith and freedom that made America great is still the formula that works — even in the most difficult and challenging circumstances.

We're now entering election season. Democrats are betting they can still drown out the truth and continue to sell the same failed big-government lies to blacks.

My bet is stories like those of Pastors Fields and Mahan are too powerful, even for the screaming and ranting of Ilhan Omar. Even those who were once blind are coming to see the truth.